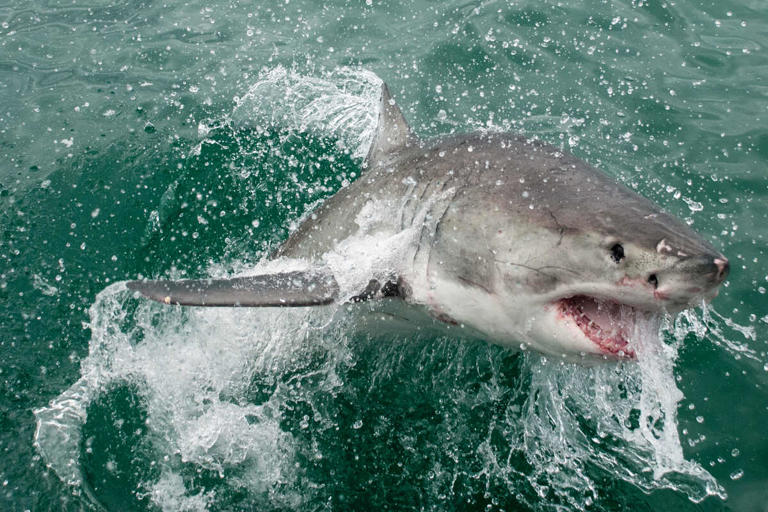 Huntington Beach, California – It’s most people’s nightmare, but in a surprising twist of fate, a shark attack actually saved a California man’s life.

A one-in-a-million story has resurfaced on its 7-year anniversary.

The shocking occurrence happened in 2015, when Eugene Finney, then 39, was swimming in the Pacific Ocean in Huntington Beach. All of a sudden, he was rammed by an animal with an incredible force.

“I would say it’s like being hit by a ton of bricks, or like whiplash from a car, but it’s not that,” Finney told the Washington Post. “I’ve never been hit like that before.”

What he didn’t know at the time was that he had been attacked by a shark.

Exhausted, he dragged himself back to the beach, with a large, bloody cut emblazoned on his back.

After going home with his family, he read a report the next day about a nearby surfer who had also been bumped by a shark, and realized the same thing had happened to him.

When he soon began to have breathing problems and chest pain, he made his way to the hospital, where he received the biggest shock of his life.

A health scan showed Finney had a bruise and a cracked rib as a result of the attack, but something else caught the doctor’s eye.

The scan of Finney’s kidney showed a black shadow that shouldn’t have been there, and it turned out to be an aggressive form of early-stage cancer.

Surgery was quickly performed, and because doctors discovered the tumor so quickly, it was able to be completely removed.

“If I could find this shark and give it a hug, I would,” he said.

It has now been seven years since the attack, and today, Finney is still tumor free.