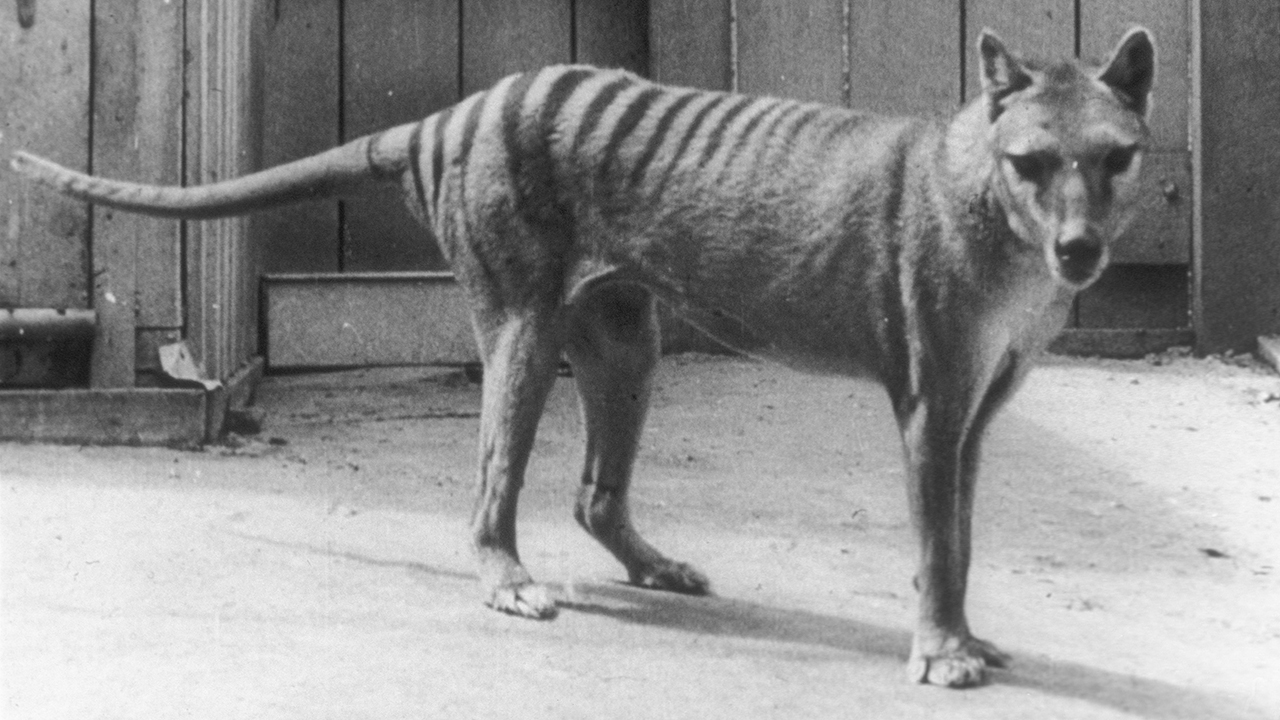 Almost 100 years after its extinction, the Tasmanian tiger may live once again. Scientists want to resurrect the striped carnivorous marsupial, officially known as a thylacine, which used to roam the Australian bush.

The ambitious project will harness advances in genetics, ancient DNA retrieval and artificial reproduction to bring back the animal.

“We would strongly advocate that first and foremost we need to protect our biodiversity from further extinctions, but unfortunately we are not seeing a slowing down in species loss,” said Andrew Pask, a professor at the University of Melbourne and head of its Thylacine Integrated Genetic Restoration Research Lab, who is leading the initiative.

“This technology offers a chance to correct this and could be applied in exceptional circumstances where cornerstone species have been lost,” he added.

The project is a collaboration with Colossal Biosciences, founded by tech entrepreneur Ben Lamm and Harvard Medical School geneticist George Church, who are working on an equally ambitious, if not bolder, $15 million project to bring back the woolly mammoth in an altered form.

About the size of a coyote, the thylacine disappeared about 2,000 years ago virtually everywhere except the Australian island of Tasmania. As the only marsupial apex predator that lived in modern times, it played a key role in its ecosystem, but that also made it unpopular with humans.

European settlers on the island in the 1800s blamed thylacines for livestock losses (although, in most cases, feral dogs and human habitat mismanagement were actually the culprits), and they hunted the shy, seminocturnal Tasmanian tigers to the point of extinction.

The last thylacine living in captivity, named Benjamin, died from exposure in 1936 at the Beaumaris Zoo in Hobart, Tasmania. This monumental loss occurred shortly after thylacines had been granted protected status, but it was too late to save the species.

The project involves several complicated steps that incorporate cutting-edge science and technology, such as gene editing and building artificial wombs.

First, the team will construct a detailed genome of the extinct animal and compare it with that of its closest living relative — a mouse-size carnivorous marsupial called the fat-tailed dunnart — to identify the differences.

“We then take living cells from our dunnart and edit their DNA every place where it differs from the thylacine. We are essentially engineering our dunnart cell to become a Tasmanian tiger cell,” Pask explained.

Once the team has successfully programmed a cell, Pask said stem cell and reproductive techniques involving dunnarts as surrogates would “turn that cell back into a living animal.”

“Our ultimate goal with this technology is to restore these species to the wild, where they played absolutely essential roles in the ecosystem. So our ultimate hope is that you would be seeing them in the Tasmanian bushland again one day,” he said.

The fat-tailed dunnart is much smaller than an adult Tasmanian tiger, but Pask said that all marsupials give birth to tiny young, sometimes as small as a grain of rice. This means that even a mouse-size marsupial could serve as a surrogate mother for a much larger adult animal like the thylacine, at least in the early stages.

Reintroducing the thylacine to its former habit would have to be done very cautiously, Pask added.

“Any release such as this requires studying the animal and its interaction in the ecosystem over many seasons and in large areas of enclosed land before you would consider a complete rewilding,” he said.

The team hasn’t set a time line for the project, but Lamm said he thought progress would be quicker than the efforts to bring back the woolly mammoth, noting that elephants take far longer to gestate than dunnarts.

The techniques could also help living marsupials, such as the Tasmanian devil, avoid the thylacine’s fate as they grapple with intensifying bushfires as a result of the climate crisis.

“The technologies we are developing to de-extinct the thylacine all have immediate conservation benefits — right now — to protect marsupial species. Biobanks of frozen tissue from living marsupial populations have been collected to protect against extinction from fires,” Pask said via email.

“However, we still lack the technology to take that tissue — create marsupial stem cells — and then turn those cells into a living animal. That is the technology we will develop as a part of this project.”

The path forward, however, is not cut-and-dried. Tom Gilbert, a professor at the University of Copenhagen’s GLOBE Institute, said there are significant limitations to de-extinction.

Recreating the full genome of a lost animal from DNA contained in old thylacine skeletons is extremely challenging, and thus some genetic information will be missing, explained Gilbert, who is also director of the Danish National Research Foundation’s Center for Evolutionary Hologenomics. He has studied resurrecting the extinct Christmas Island rat, also known as the Maclear’s rat, but isn’t involved in the thylacine project. The team won’t be able to exactly recreate the thylacine but instead will end up creating a hybrid animal, an altered form of thylacine.

“We are unlikely to get the full genome sequence of the extinct species, thus we will never be able to fully recreate the genome of the lost form. There will always be some parts that can’t be changed,” Gilbert said via email.

“They will have to cherry pick what changes to make. And thus the result will be a hybrid.”

It’s possible, he said, that a genetically imperfect hybrid thylacine could have health problems and might not survive without a lot of help from humans. Other experts question the very concept of spending tens of millions of dollars on de-extinction attempts when so many living animals are on the brink of disappearing.

“To me the real benefit of any de-extinction project such as this is the awesomeness of it. Doing it seems very justified to me simply because it will excite people about science, nature, conservation,” Gilbert said.

“And we sure as hell need that in the wonderful citizens of our world if we are to survive into the future. But … do the stakeholders realize what they will get will not be the thylacine but some imperfect hybrid? What we don’t need is yet more people disappointed [or] feeling cheated by science.”