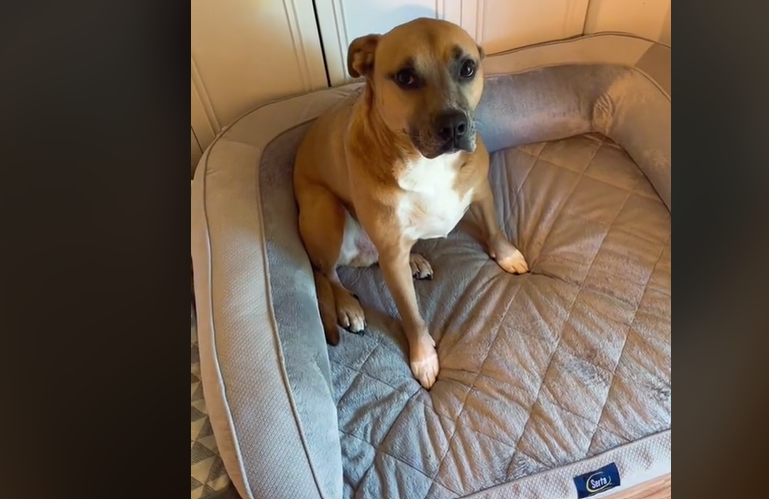 The summer months are the perfect time for outdoor fun, whether you’re human or canine. If you think hard enough or get just a little creative, you can probably come up with tons of activities you can enjoy with your dog–but would you ever imagine that a slip-n-slide would make the list?

It’s true! Despite dog claws’ incompatibility with inflatable items, one pup had the time of his life on a gigantic slip-in-slide that his pawrents rented. In the video, which is slowly but surely going viral, @makoandkonasmom showed one of her pups, Mako, cooling off, enjoying the great weather, and spending time with his favorite people–all at the same time. If you ask us, it sounds like the best day ever, but we’ll let you see for yourself!

Yep, it’s official–this is the best day ever! We are insanely jealous we haven’t thought of slip-n-sliding with our dog, though we could see certain pups being a bit too wild for this sort of thing. Luckily, Mako isn’t one of them!

“Nobody tell Mako it wasnt his party ❤️😅,” his mama wrote in the video’s description. LOL! He certainly was having the time of his life, but we have a feeling he wouldn’t care one bit that everyone wasn’t gathered there for him. Still, without Mako’s golden personality we wouldn’t have comments like this one:

“Oh, right…The party…The party for Mako…The party thrown especially to thrill Mako…✨Mako’s party✨,” @kaydee_hd wrote. LMAO! There is never a bad time for a reference from The Emperor’s New Groove, but this moment is especially fitting.

“This turned my whole day around ❤️❤️,” said @kb_redarrowrealtor. We’re so glad! A happy dog moment can heal almost any bad day, and we’re beyond glad that @makoandkonasmom was able to share this one with us.