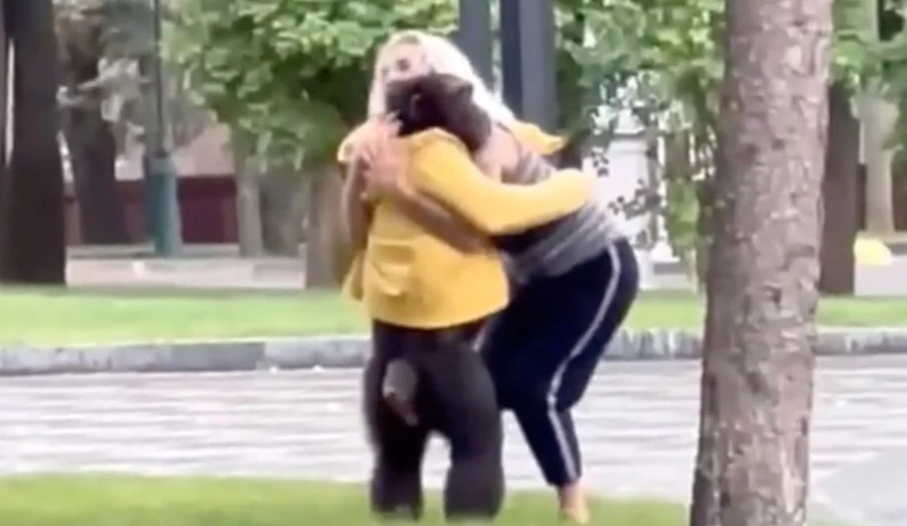 A chimp escaped her enclosure at the Kharkiv zoo and wandered the streets of the city, before having a heartwarming reunion with her handlers.

Kharkiv, Ukraine – Seven months into the unimaginable suffering caused by Russia’s invasion, residents of the Kharkiv in Ukraine’s east have had little to smile about. That’s where the recent adventures of a chimp named Chichi come in.

The adorable ape had a very exciting start to the week. On Monday, she managed to get out of her enclosure at the Kharkiv zoo and went out to explore the streets of her city.

Locals were met with the surreal sight of Chichi strolling down the block, passing parked cars, and even enjoying a jaunt through the park.

Meanwhile, zoo employees scrambled to find the escaped chimp and bring her back. They ended up getting a helping hand from the weather.

A video shows the moment when Chichi decided the sound of distant thunder meant it was probably time to find some shelter. As the rain starts pouring down, she lets a handler approach and sit down next to her. The woman then takes off her yellow jacket and dresses Chichi in it, before the two hug it out.

Eventually, the animal got a well-deserved rest as she hitched a ride back to the zoo on a bike. According to the Guardian, the Kharkiv zoo director confirmed that Chichi, who had been evacuated from an outdoor zoo closer to the frontlines, is now safely home.

Watch the video below: