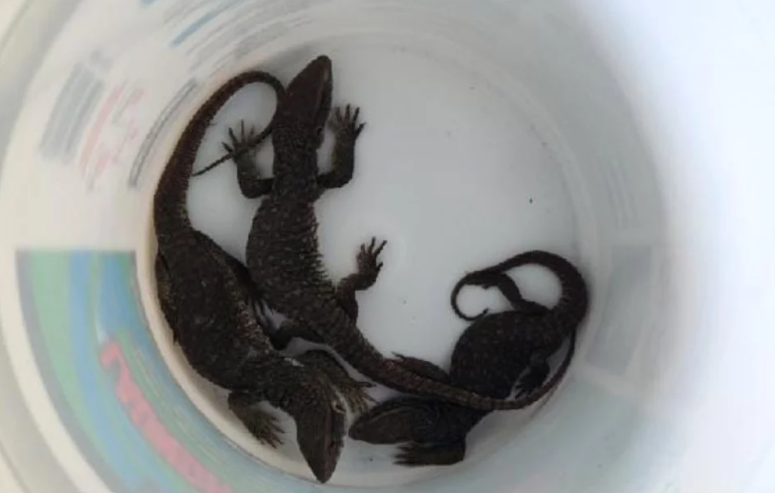 Police in Port Chester, New York, are asking for the public’s help after a box of lizards were mailed to the wrong New York address last month.

The lizards showed up at the wrong recipient’s home on August 27, according to the New York Post and you can imagine the shock and surprise they had when they opened the box.

The recipient notified police, who then posted on Facebook about the incident.

“Needless to say the addressee was quite startled when they opened the box,” Port Chester police wrote. “If you lost your lizards and iguanas we have them at the police department.”

The post also came with a corresponding photo of the lizards.

Cops say the lizards are currently at an animal sanctuary and will remain there until someone claims them.

Inside Edition Digital has reached out to the Port Chester Police Department to see if there are any updates and has not heard back.