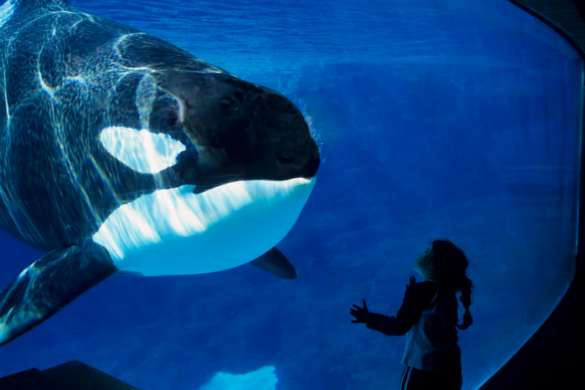 Tragic news from Spain. The Loro Parque marine park in Tenerife, Spain revealed that Kohana, the daughter of Tilikum, which was the key orca subject for the documentary Blackfish, has died.

According to Newsweek, the 20-year-old orca was the third killer whale to die at the Loro Parque marine park in the past 18 months. In March 2021, Ula the killer whale died. Less than six months later, Skyla, the orca, died. It was noted that in the wild, female killer whales are able to live for up to 80 years.

Kohana was born in captivity at SeaWorld San Diego. The orca was sent to Tenerife, Spain when she was 3-years-old on a breeding loan.  Other orcas that went with Kohana were a full sister, half-brother, and uncle. Kohana first gave birth at eight years old. This made her the youngest orca to have ever given birth in captivity. However, she ended up rejecting her first and second calf. Both had to be reared by the marine park’s human trainers. Unfortunately, her second calf died when it was 10 months old.

Details about what caused the 20-year-old ocra’s death have not been released at this time.

Blackfish was first released in July 2013. It examined the story of the late orca Tilikum, the killer whale that killed three humans, including SeaWorld trainer, Dawn Brancheau.

Newsweek reported that killer whales have never recorded attacking and killing a human in the wild. However, Tilikum was responsible for three attacks and deaths. Other captive orcas have also been known to display aggression towards their trainers as well.

Speaking about the behavior of the wild and captive killer whales, Deborah Giles, the science and research director of Wild Orca once shared, “Killer whales are highly social and traditionally quite vocal animals. So, for an animal like this to be in such an unnatural environment most likely caused psychosis.”

Giles further explained that there are areas around the world where people are in the water with killer whales not infrequently. “There’s certainly been opportunity for killer whales to kill humans and they just haven’t. It’s perplexing. It feels like one of life’s mysteries that we’re never going to know for sure because we can’t actually talk to them.”

Giles then spoke about the different orca groups she has studied. “The population that I mostly study in these waters only eat fish. Although they are known to kill porpoises and sometimes play with them to death, we think they don’t eat them – they don’t take even a bite out of them. On the flip side, there are other killer whale populations that only eat mammals. And then are the offshore killer whales which are more generalist feeders. We believe that their main prey is sharks and rays.”

One thought on “20-Year-Old Orca, Whose Dad was Subject of ‘Blackfish,’ Dies at Theme Park”