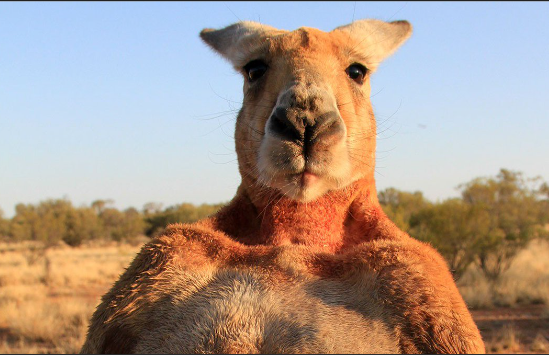 A shocking viral video shows a brave kangaroo attempting to save its mate from the grasp of a giant python. Times of hardship remind us that we can only rely on our close friends and family.

They provided support and reassurance that any problem, no matter how big, will eventually work itself out. This is also true for the animal kingdom, as evident in a recent viral video. The footage showed a kangaroo helping its mate escape death’s clutches–an astonishing feat that left internet users everywhere in awe.

On July 15, the clip was shared on an Instagram account called “Wildlifeanimall.” The video shows a kangaroo coiled in the deadly grip of a python. Another kangaroo jumped to his friend’s aid after witnessing him battling this for his life. He may be seen jabbing the snake several times and even attempting to bite it in order to somehow loosen its grip on his buddy. Watch the disturbing struggle below.

“Who’s got your back?”, the video’s caption begins. The poster goes on to explain how pythons kill their prey. It is popularly believed that pythons crush their prey to death, but this is not always the case. even in the case of larger species like the reticulated python, they do not always resort to crushing their prey. “In fact, prey is not even noticeably deformed before it is swallowed,” the poster adds.

The caption said that the speed of coiling prey is impressive and might be wielded with significant force, but ultimately causes a cardiac arrest in the captured animal. Some users were concerned for the animal’s safety, blaming the cameraman for capturing the video rather than offering assistance. “Instead of taking video… please save the lady”, one user commented.

A dinner party was going on as usual when suddenly, an even bigger feast caught everyone’s attention. A snake was eating a kangaroo. While Pravina de Beer was cooking a meal for friends at her home in Australia’s Northern Territory, a python wrapped itself around the animal and began crushing it to death, stealing the show.

‘I had some guests from New Zealand on holiday and they couldn’t believe it,’ De Beertold NT News.‘They said that there was a big python trying to eat a kangaroo outside.’

After the initial shock of seeing the giant serpent had worn off, the guests went back inside to continue their meal. But when they returned after a few hours, both animals had not so mysteriously vanished. “There’s a lot of kangaroos around here, and snakes too,’” she said. In Australia, this is just the way of the world. ‘Last year, I had a baby goat and a snake ate it under my home.’