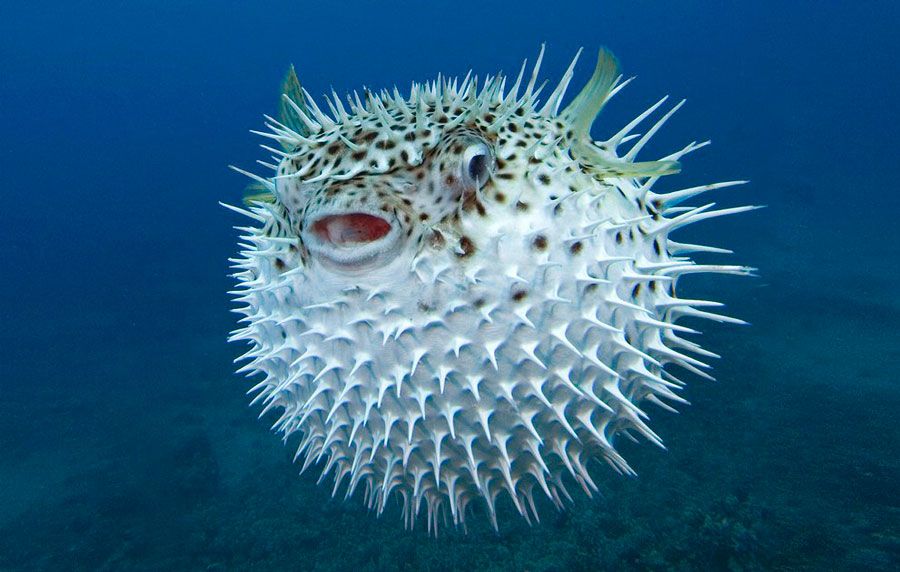 The deadly puffer fish is considered a delicacy in Japan but has washed up on a Cornish beach.

An incredibly dangerous fish full of poison and capable of killing 30 people was discovered on a British beach. Loaded up with poison that can be up to 1,200 times more deadly than cyanide, the killer fish was found on a beach in Cornwall by a visiting marine animal investigator. Constance Morris was on a family holiday to Newquay when she discovered the dangerous creature.

Her work took her to Towan Beach, where she spotted something unusual. She approached a fish being pecked at by seagulls, and soon realized it was not any ordinary swimmer.

Experts state the fish are a rarity on British shores, with even Constance, who collects specimens for the Cornwall Wildlife Trust, didn’t clock it.

Luckily Ms. Morris was wearing gloves when she discovered the creature.

She said: “While waiting for all the family to gather, I was just looking out over the beach when I noticed some black back gulls having a peck at a fish. I record dead marine animals for the trust’s Marine Strandings Network and couldn’t not go down to see what it was.

“As I walked up to the fish I instantly knew it was an unusual find.”

She added: “It’s been identified by a few people as a Lagocephalus lagocephalus, the oceanic pufferfish, which can be highly toxic.

“So it’s advised you leave them alone and certainly don’t touch. I didn’t know what this fish was, but I’ve found odd fish before and know these animals can be important and of interest to scientists.

“So, being ever ready to scoop something unpleasant off the beach, I bagged it up and put it in my backpack. I am just lucky I carry a kit with me at all times for just this sort of thing.”

She added: “Good job I keep marigolds in my kit.”

Tetrodotoxin poisoning causes numbness and paralysis which spreads throughout the body – eventually leading to death by respiratory failure.

Ms. Morris said the fish was roughly 12 inches long, with a flabby white underside and a stubby face. It has just four teeth – two at the top, two at the bottom – which resemble a beak, and is used to crack open hard-shelled clams, mussels, and shellfish.

Matt Slater, a marine conservation officer the Cornwall Wildlife Trust, said he only had a handful of records of the oceanic puffer apparing.

He said: “It is definitely Lagocephalus lagocephalus – the Atlantic oceanic puffer. They can produce toxic slime so they’re best to handle with gloves.”

Despite the high toxicity of the fish, Pufferfish is a delicacy called fugu in Japan. However, only licensed chefs who have undergone three years of training can prepare Pufferfish meat.