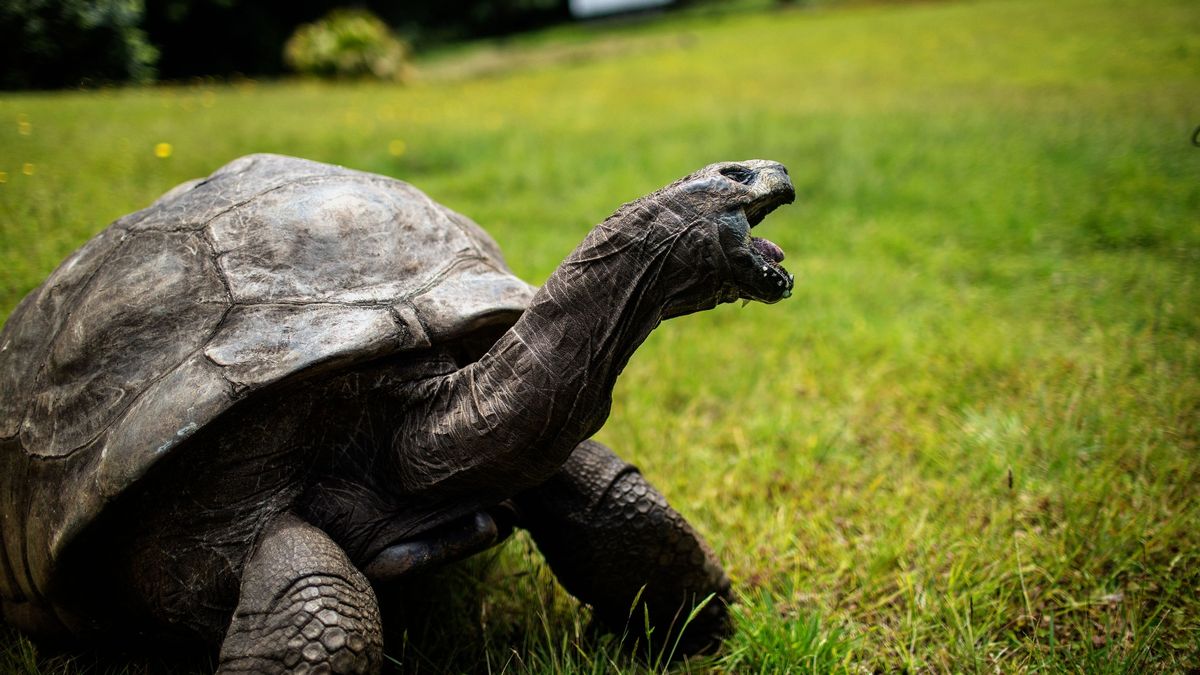 A giant tortoise who holds the record for being the world’s oldest land animal has turned 190.

Four-foot-long Jonathan lives on the island of St. Helena in the South Pacific, with festivities having been organized to celebrate his landmark anniversary.

The elderly reptile – who is now blind – was first brought to the British overseas territory from the Seychelles in 1882 when he was around 50.

Jonathan was given as a gift to then-governor Sir William Grey-Wilson and has lived at the Plantation House mansion, where current governor Nigel Phillips – resides, ever since.

He has seen 31 governors come and go in his time on the island.

Jonathan’s estimated age was further supported when an old photograph was uncovered taken between 1882 and 1886.

He was seen fully-grown and grazing in the garden of the property.

Over the years he has been joined by other giant tortoises – David, Emma and Fred.

Jonathan also holds the record for being the oldest living chelonian – a term which ties together all types of turtle.

The previous record holder was Tu’i Malila, a radiated tortoise died aged around 188 in 1965.

The tortoise was given to the Tonga royal family by Captain James Cook around 1777.

It is believed Jonathan was born some time in 1832 but the exact date is not unknown.

Instead, Governor Phillips assigned him the official birthday of December 4.

Due to his status, Jonathan has even been immortalised on stamps and a five pence coin on the island.

The famous tortoise has no sense of smell but does recognise the voice of his vet Joe Hollins, who he associates with eating.

Following last winter the St Helena Government said: “He grazes well now but is unaware of food if we simply place it on the ground.

“The Veterinary Section is still feeding him by hand once a week to boost his calories, vitamins, minerals and trace elements, as he is blind and has no sense of smell.”

Despite his advancing years, Jonathan does also still enjoy mating with his fellow tortoises, as well sleeping in the sun.

Hollins told Guinness: “In spite of his age, Jonathan still has good libido and is seen frequently to mate with Emma and sometimes Fred – animals are often not particularly gender-sensitive!”