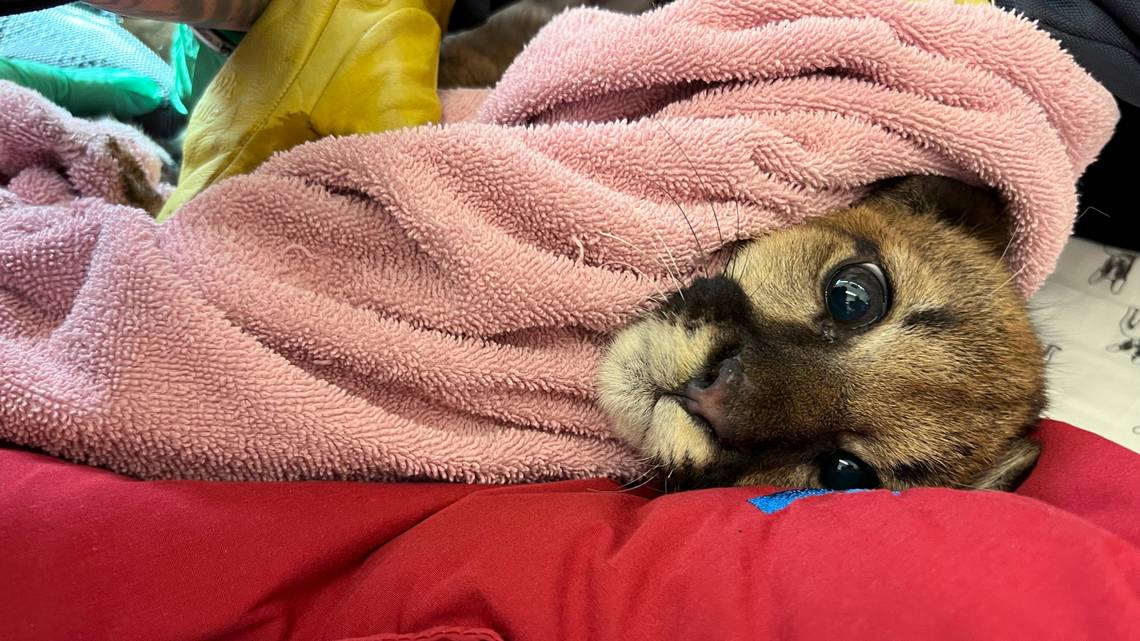 A mountain lion found “orphaned in the near-freezing weather” in California has a new temporary home after being rescued, according to zoo officials.

A Santa Cruz resident noticed the cub on her property and contacted the California Department of Fish and Wildlife, the Oakland Zoo said in a Facebook post on Tuesday, Dec. 20.

Wildlife officials waited to see if the cub’s mother would return, the zoo said. When she didn’t come back, they brought the cub, named “Holly” for the holiday season, to Oakland Zoo.

The zoo’s veterinarians examined Holly, estimated to be 3 to 4 months old, and determined she is critically ill, the zoo said.In this photo provided by the Oakland Zoo, veterinarian staff attend to a mountain lion cub that was rescued in Santa Cruz, Calif., Monday, Dec. 19, 2022. Wildlife officials rescued the critically ill mountain lion cub in Northern California and veterinarians named her Holly for the holiday season as they treat her in intensive care, the Oakland Zoo said Tuesday. (Oakland Zoo via AP) AP

“We treated her with fluids, vitamins, anti-nausea medication, and anti-parasitics,” the zoo said. “We prepared a toasty warm room for her in the hospital ward, where she spent the night.”

Though Holly remained in the intensive care unit, her “blood work improved slightly, overnight, and she seems a bit brighter,” the zoo said. However, she still isn’t very mobile and remains hypothermic.

“We are hopeful she continues to improve but are taking it very much day by day,” the zoo said.

After Holly recovers, she will be found a “suitable forever home,” according to the zoo.

The zoo said Holly is its 22nd mountain lion rescue.