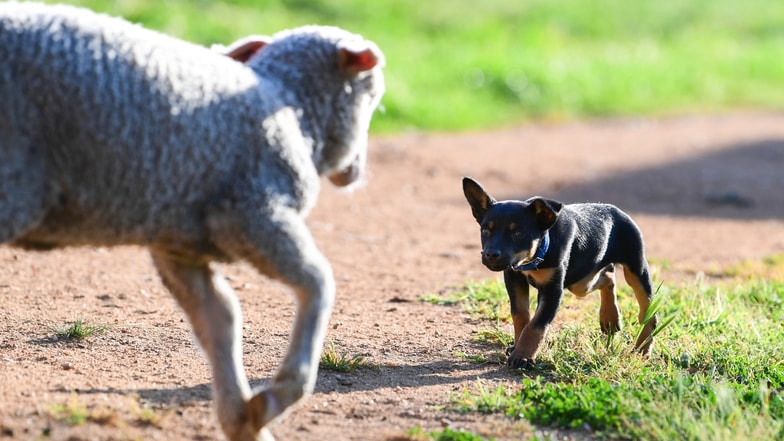 If you need a video to give you that warm and fuzzy feeling, then look no further. This adorable video shows a flock of sheep that seemingly adopted a puppy dog into the fold.

Hardly any details about the video were provided, but the clip is no less awesome to watch because of it. The footage shows a relatively large flock of sheep making their way down a dirt road. Tagging along at the end of the flock is a precious little puppy dog. The puppy seems fascinated by the sheer. It’s seen often wagging its tail and approaching the much larger animals with a sense of wonder. The sheep also appear to be intrigued by the little puppy, repeatedly lowering their head to the ground to get on the puppy’s level as they say hello.

The video has racked up an astonishing 1.8 million views on Twitter in just a few days.

Flock of sheep adopted puppy dog “in training” to become part of the group pic.twitter.com/2r0SKSoPpr