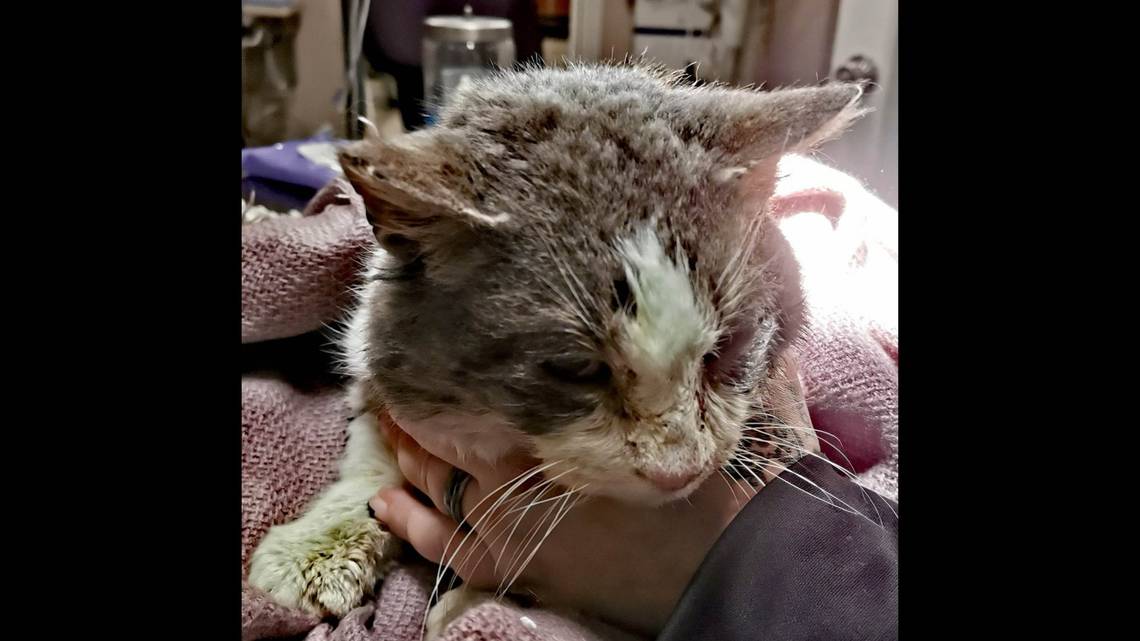 A cat sat outside, hunched over and frozen to the ground. Winter Storm Elliott had passed through Michigan, leaving bitterly cold temperatures and snow. Stuck in place and unable to escape the cold, the fluffy cat’s eyes crusted shut. His body temperature began dropping. Then a woman in Muskegon noticed the “poor older boy” and stopped to help, Big Lake Animal Clinic said in a news release on Monday, Dec. 26.

The vet and staff “immediately” started life-saving treatment on the cat, the clinic said. They warmed him up with IV fluids, cleaned his eyes and checked for injuries, then monitored his recovery. The clinic named the cat Elliot after the winter storm that he survived, the release said. By the second day of care, Elliot was “eating and drinking pretty well,” but he’ll need a week or two to “fully recover,” the clinic said.

The cat has begun reaching “out his paw to the vet tech that has been caring for him overnight, showing her just how happy he is that he is being helped,” the clinic said. “He still has a long way to go, but we won’t give up.”