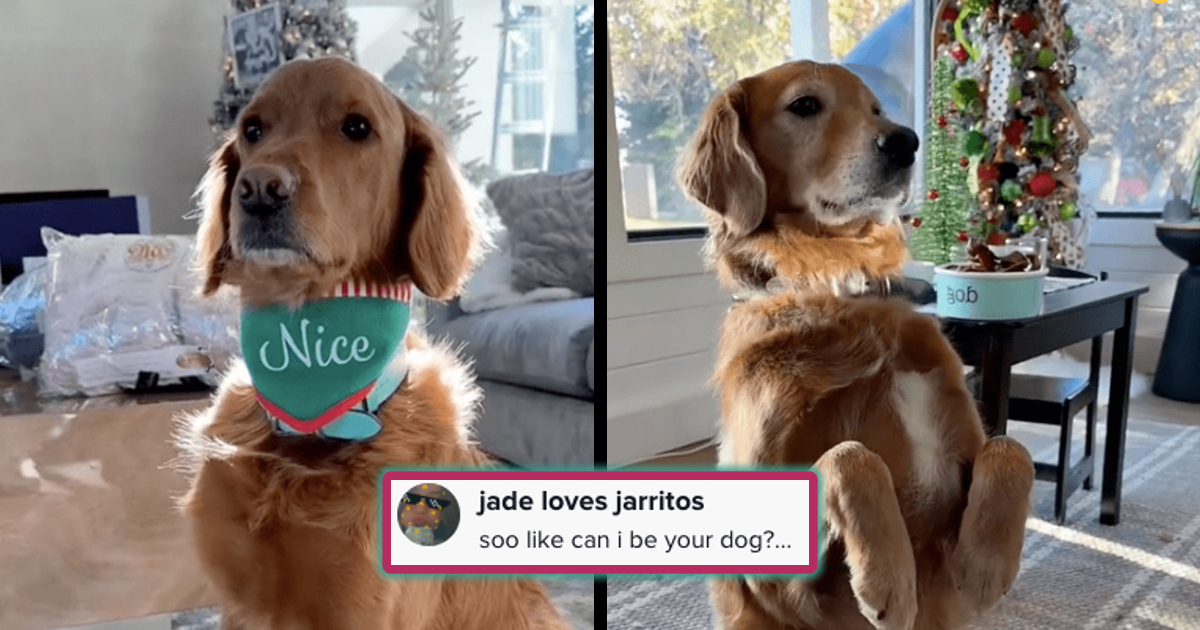 Their place is nicer than mine

There’s a running joke in the dog lover community that some people’s golden retrievers live a better life that most middle class Americans. In the case of the Chip and Luigi, a pair of dashingly spoiled golden retrievers, they are living the high life and are so pampered that they probably have better lives than the President. The “Chip Pups” as they are lovingly referred to by their lavish owner, live in a two story heated dog house that is nicer than most penthouses. They have heating and AC, they have several beds alongside an entertainment area, and they even have a TV set up with an Xbox. What are two doggos going to do with an Xbox?

Not only that but for Christmas time, these dapper pooches get a full home makeover, getting their space decked out and full of holiday decor. They have more decorations than Michael’s even sells this time of year, it’s outrageous. The dog mom also can’t seem to get enough of rubbing it in everyone’s faces how spoiled her two dogs are. It seems like she uses every opportunity to give them treats, dote on them, and never misses a second of filming for her TikTok followers.

To be fair, the dog house is pretty spectacular. It appears to be a brand new, insulated build and the dogs seem perfectly happy to be sequestered in their own space. Honestly, if I were one of her dogs, I would be pretty happy to have my own space where a camera isn’t shoved in my face every two seconds, but then again, I’m not a rich family’s spoiled pet, so who’s to say? Maybe they love being woken up with the squealing glee of a woman who’s sole purpose on this planet is to have giveaways and give her dogs every glamorous and luxurious treat they could ever imagine.

Either way, these pups are in the Christmas spirit, enjoying the season of giving— giving their owner some well-earned love and affection. Chip and Luigi are truly a pair of spoiled pups are their laid back energy is probably due to the quality of life they’re living. Although they may never get to experience the joy of sleeping in their owner’s bed with them, or curling up on the couch in front of Netflix with their hoomans, they still live a life better than most human beings can attest to. Keep up the good work Chip Pups, you earned it.