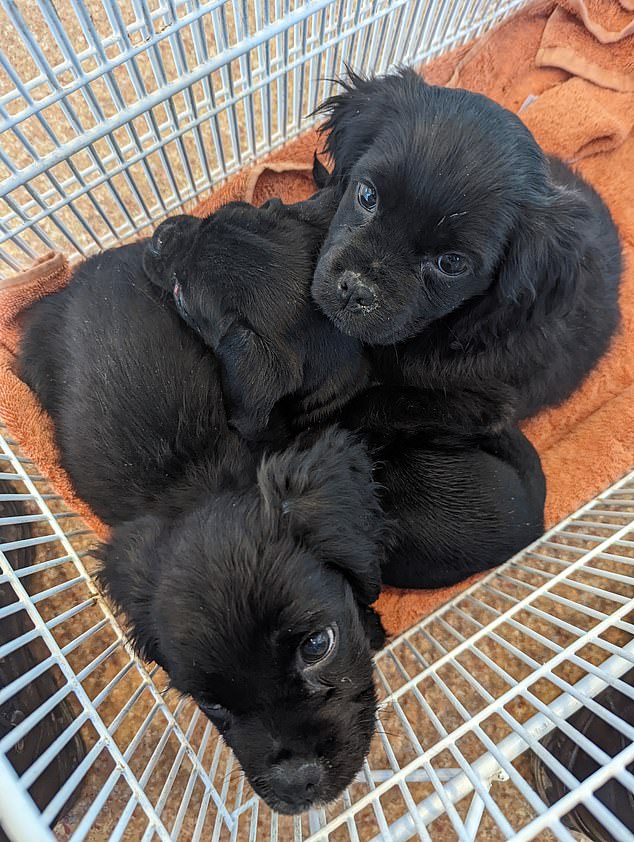 Three tiny puppies were found dumped in a box at the side of the road after Christmas.

The pups were named Mary, Holly and Rudey to mark being rescued during the festive season.

The sickly dogs were dumped in a cardboard box and found in Wiltshire unwell and underweight.

One of the dogs also has cherry eye which needs veterinary treatment.’

She added that the little pups are very nervous, scared and wary of going near anyone.

A member of the public found the adorable puppies and took them to the RSPCA’s Oak and Furrows Wildlife Centre.

The charity has sadly seen an uptick in animals being abandoned with a 25 per cent increase in the number of incidents dealt with by its teams.

RSPCA figures previously showed the number of pets being abandoned rose sharply between 2020 and 2021, with a 17 per cent increase.