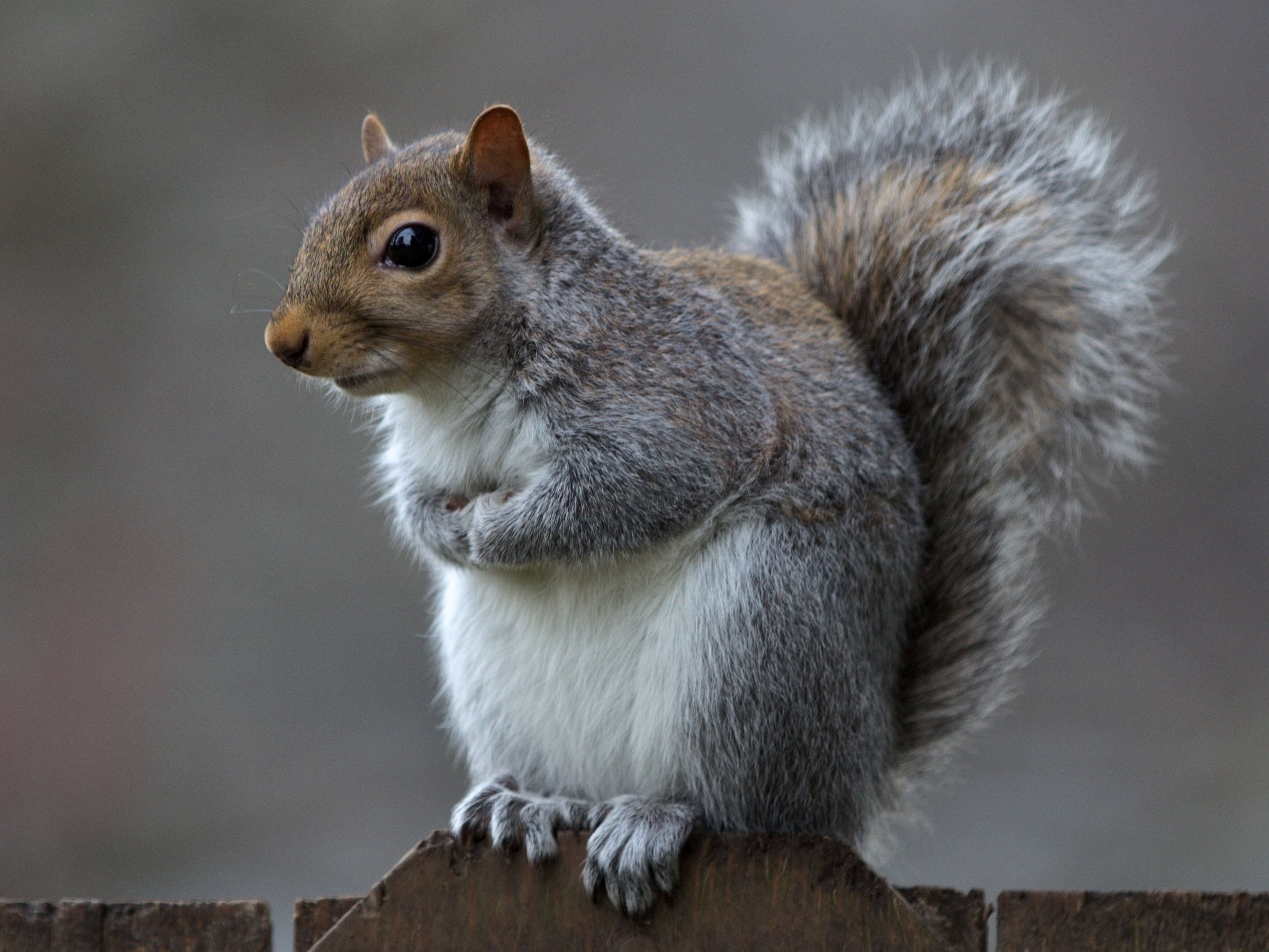 When Robert Milburn came across a tiny, hairless creature the size of his thumb in his driveway, he had no idea what it was. So he took it inside, wrapped it up to keep it warm and started Googling.

After figuring out it was a newborn squirrel that had probably fallen out of its nest, he put it back outside in a shallow box and waited to see if the mom would return for it. She did come to check it out, but then left it again. (Later, Milburn would find out that the baby squirrel had a mouth deformity which most likely made it unable to suckle properly.)

Milburn didn’t think the wee one would survive, but he decided to do his best. He took it back inside and began feeding it puppy formula with a syringe every three hours, around the clock. He said it was “like having a newborn baby in the house.”

It worked. The squirrel grew and grew and they began to bond.

Once Milburn knew the babe was going to make it and could identify it as a male, he named him Bobby. (Robert T. Squirrel, to be precise—the T is for “The”).

Milburn shared the story of Bobby’s rescue and their relationship with Newsner’s We Love Animals channel, and I feel a duty to warn you that the video will almost-pretty-much-for-sure make you want a pet squirrel. Milburn shared the video on his TikTok channel dedicated to Bobby, where it has collected more than four million views.